The US is undoubtedly among the world’s leading technology and innovation center. It follows that when searching for countries with multiple opportunities for tech jobs employment, the United States also ranks highly.

US cities are renowned for their diversity and the career they support. For example, Silicon Valley in Northern California remains the country’s technology hub, but not everyone gets the privilege of working there.

Notwithstanding, you can find several other cities to sell your tech skills. After all, this is America, the Land of Opportunities. So pay attention as we examine the best US cities for tech jobs.

If you’re interested in a city where you can go skiing, biking, and at the same time work full time in any tech company, Boulder is an excellent place to start.

Although living in Boulder, Colorado, is expensive, you’ll enjoy your stay here if you have the right tech skills. In Boulder, top tech companies like Google, Gorilla Logic, and Zayo Group pay an average annual salary of $109,780.

While some tech skills cut out for huge rewards and benefits more than others, computer hardware engineer, network administration, and end-user support specialists are just a few of the most in-demand tech skills in Boulder.

Boston is much more than its famous baked beans and Tea party. The city has won many accolades for its remarkable contribution to tech development in the United States.

Apart from the fact that there are several tech companies like Cybereason, SkillSoft, NVIDIA, and Wayfair to work with, you will also find excellent tech institutes to hone your tech skills in Boston.

Besides, there are many fun activities you can engage in while living and working in Boston. For instance, you can visit the museum of fine art. You can even stroll around the city on a weekend. Whichever way, ensure you seek US immigration law advice before moving to Boston.

With over 1 million population, Austin is not only the fastest growing city in the US but also home to many renowned top tech companies’ headquarters. For instance, you will find the headquarter of companies like SolarWinds, BigCommerce, Oracle, and Dell in this city.

Some tech industries are willing to pay you an annual salary of $35,281-$117,606. With the increasing availability of tech jobs and relatively low cost of living, this city will give you all you need.

So, if you’re a data scientist, software engineer, data analyst, or system programmer, this city is a perfect fit for you.

There’s no gainsaying that San Jose is one of the best places in the country to find a tech job. This Silicon Valley city is home to some of the world’s biggest tech companies, including Apple, Adobe, Google, and Facebook.

While there are more tech jobs to go around, few of the tech skills are in demand here. And some of them are information security analysts, quality engineering developers, cyber security consultants, and others.

Interestingly, an entry-level tech worker in San Jose can earn an annual salary of $24,651, while a more experienced techie earns as much as $160,232. Massive, isn’t it?

Huntsville is not only an ideal place for recreation and shopping but also one of the best places to live and start a tech career.

AvidXchange, Boeing, ServiceNow, IERUS Technologies, and IBM are just a few IT companies you can work with in Huntsville. Interestingly, companies are in dire of cyber security analysts, software engineers, and data scientists, and some of these industries are willing to pay an average base salary ranging from $74,000-$156,000 annually.

This city has drawn much attention because of its housing affordability and lower cost of living.

Raleigh, popularly called the city of oak, is not only known for its cleanliness and young and educated populace; it has also become a home to many high-tech entrepreneurs.

Having earned its spot in the computing scene, the major companies for technology Jobs in this city remain Red Hat, IBM, and PRA Health Sciences.

Raleigh’s most lucrative tech skills include software development, computer system analyses, and IT support specialist. If you’re an authority in any of this, you can apply for a sponsorship license to join any tech companies here.

As a tech worker in Raleigh, you can make as much as $102,640 yearly. And you will spend less on many things because the cost of living here is 7% below the national average.

The job market for tech workers is booming, and there are plenty of great cities to choose from. However, some cities are better than others. Places like Austin, San Jose, Huntsville, Raleigh, Boulder, and Boston are all great places to find tech jobs.

These cities have a strong presence of major tech companies, a high concentration, and a low cost of living. So if you’re looking for a great place to start your tech career, these are excellent places to start. 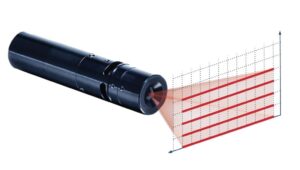 Wondershare Filmora is a Good Choice For Video Editor

Is Kratom an Opioid? Here’s What You Should Know