When you hear the term “virtual sports”, it is understandable if you imagine people playing a sports video game such as FIFA Soccer, or perhaps even teams of talented gamers competing against each other on an eSports title. The term has another meaning, however – virtual sports events are regularly used as the basis for fantasy sports leagues and sports betting, and the popularity of these events is steadily increasing with every passing year. The cancellation of many major sporting events during 2020-2021 forced many people that enjoy betting online to find new sports and events to wager on; for many, these virtual sports were the perfect alternative to their regular games.

What are Virtual Sports?

The Virtual Sports that we will be discussing today are electronically created recreations of popular sports such as soccer, basketball, or horse racing. When virtual sports were first dreamed up the computer would run a simulation of the game in memory and produce the results, but little thought was given to creating a graphical representation of the game.

As technology has improved, virtual sports have begun to take advantage of real-world player and team statistics, using complex algorithms and random number generators to determine alternative yet realistic results that may be possible in a genuine encounter between the participants. Once sportsbooks begun to take an interest in Virtual Sports, the graphical output of these games also become a major focus.

What is the Difference Between eSports and Virtual Sports?

The two terms sound similar, but are actually two very different things. Those who compete at eSports are playing a video game at the highest possible level, usually in teams with each member controlling a different character on one side of a competition taking place within the game. The competition is between the two teams of players that control the characters inside the game.

Virtual sports, on the other hand, do not require any human participants whatsoever. The entire game is constructed in the computer’s memory using algorithms and random number generators, using real-world data to decide on the success or failure of actions such as passing the ball or scoring a goal. The competition in these games is between completely virtual teams, each made up of several entirely virtual participants.

Of course, there are many similarities between the two – both use computer graphics, for example, and both types of events are suitable for placing a bet on.

Where did Virtual Sports Come From?

The first recorded instance of a true Virtual Sports system was created all the way back in 1961, when an engineer named John Burgeson inputted all of the statistics for his two favorite baseball teams into the mainframe at the company where he worked, and then used the machine to output a realistic result for the game including a play-by-play breakdown of successes and failures on the pitch.

Things have come a long way since the purely textual breakdown that the computer outputted six decades ago. The results created by computers today are far more realistic, making them much more suitable for betting on, and many more statistics are used when setting up the simulation than John used during the 1960s.

Some people may question why random number generators are needed when detailed statistics taken from the real world are being used as the basis for the simulation. The fact is, even real-world sports will sometimes create an unusual result, so relying entirely on previous performance and player statistics will not offer a realistic outcome.

This works both ways, of course – in the world of Virtual Sports, a 99 to 1 outlier will occasionally come in, creating a freak result that may never occur in the real-world. This unpredictability, however, is part of what makes Virtual Sports a fantastic alternative to real-world sporting events.

Which Virtual Sports are Available to Bet On?

This will largely depend on the country where you live and which site is your favorite online sportsbook. Some sports that are wildly popular in the United States are relatively unknown over in Europe, for example – you only have to look at the viewership numbers for NFL Football and Soccer in the two jurisdictions to see this. Almost every online platform is likely to have the following Virtual Sports available for you to watch, analyze, and bet on:

Almost any sport can be made into a virtual representation of it has enough popularity, however, so if you don’t see your favorite sports listed above you should check what is available at your favorite provider. 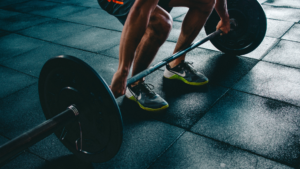 Next post What is a 9xbuddy downloader? Amazing Tutorial